Dark Reverie has no effect 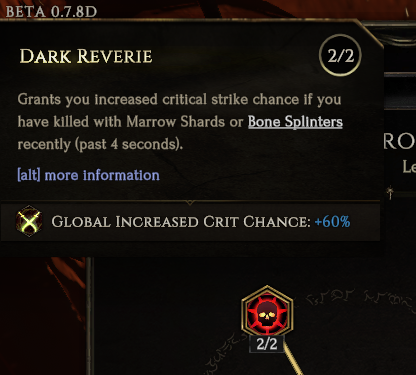 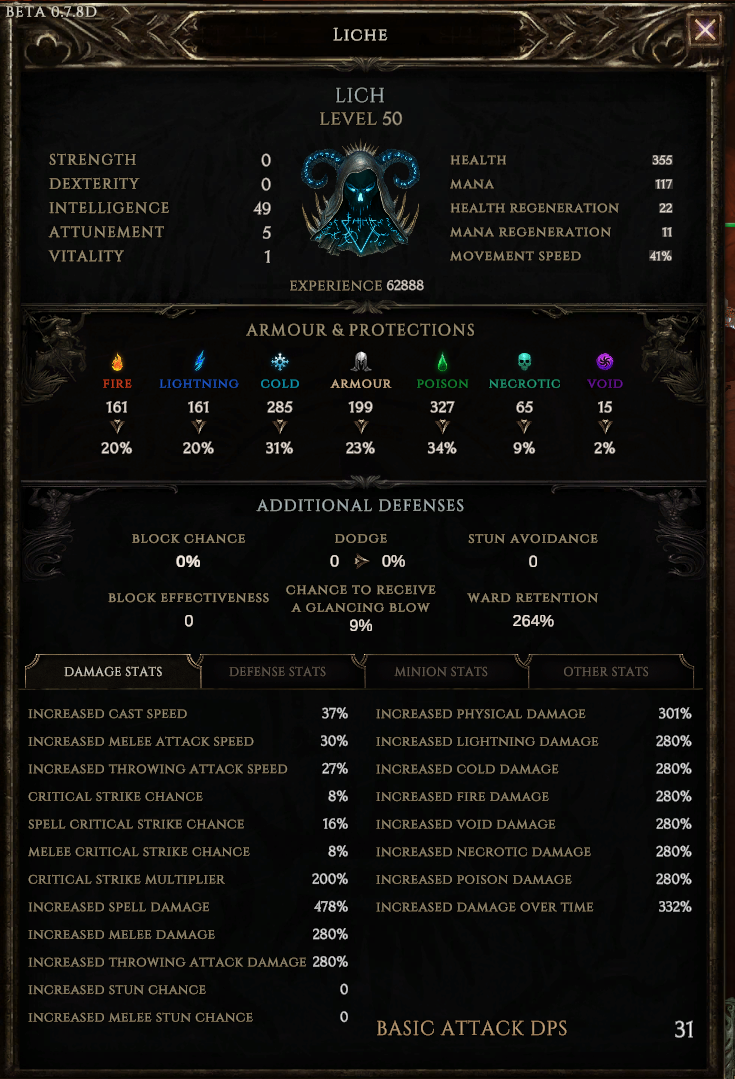 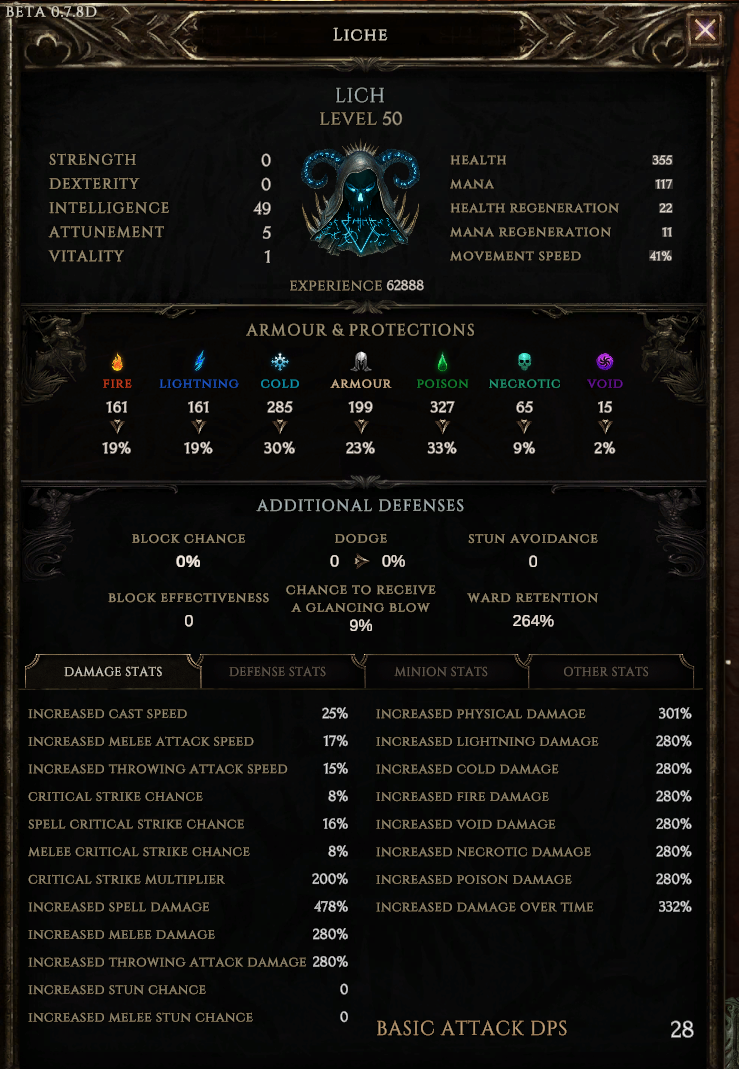 (The increased attack speed come from Dark Ritual passive skill after have summoned the Skeleton I Just killed. But I don’t know whyt the Bastic Attack DPS has increased).

Is this game happens because I am killing my own minion, and it’s not considered as a Marrow Shard kill? Or is it simply a general bug for this Node? I don’t know.

It’s possible it’s not proccing because you killed your own skeleton. Does it work with an enemy?

Hum maybe. But I guess I remember to have watched my Damage Stats when I was about to kill a monster, and the Criticals stats were not changing.

The node is granting Increased Physical Crit Chance, rather than Increased Crit Chance, which means it won’t show on the character sheet. I’ve fixed it for our next patch. Thanks!