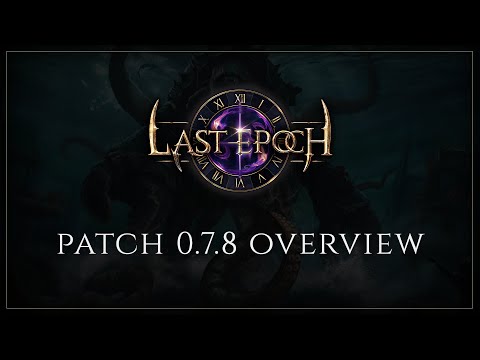 This has three main implications:

Body Armor and Helmets are now class specific, so affixes that are not used by that class will no longer roll on them. Other slots are not affected unless stated.

The overall aim of the changes is to encourage more reactive usage and make it feel more impactful, but discourage always using it off cooldown. This is attempted by giving it more powerful non-ward effects, while reducing maximum up time and total ward generation, but leaving immediate ward gain intact.

All Primalists will receive a free respec.

Patch 0.7.8 is now available on Windows and macOS.

The Linux client is currently in QA and we aim to update it in the near future.

First! Because apparently peole care about that!

That said, I wasn’t expecting this until next week or so, so, nice!

I bet you have been waiting to do that

**** yeah I have! You’re also jealous that I don’t have a wet piece of string for internet…

Still, it does look awesome.

Doing a brand new install. Steam says 13.56Gb needed…that is a huge jaw-dropping improvement from the previous 48Gb it took up. And I know you already mentioned it would happen but it’s impressive to see. Excellent work.

LOVE YOU GUYS, Man Gotta show some love and support

“Fixed a but where the Necromancer’s Effigies passive triggered much more frequently than intended.”

Everyone was expecting this later this week, me included. Nice work getting this pushed out to us sooner than we expected. I for one can not wait to get in there and see all the goodness that comes with this patch. ^5 EHG!!

Firstly, very impressive lay out for the patch notes, very in depth and understandable.

Secondly, thanks for the the hard work on the patch, there is a lot there.

Now, after ive finished my food that will be me playing my lightning blast mage

This is awesome! Cannot wait to dive in!!!

As a 37 year old parent, I am way too excited for this.

Is that reasonable given the Sentinel can have minions (Manifest Armour, Manifest Weapons & Ring of Shields)? Could we get a buff to their hp instead?