I’ve shared this build with a number of new players as a great beginner build. You get the primary DPS very early on, and it consistently scales throughout the game. Keep in mind, everything I have below is based on my HC character. Feel free to adjust for SC (drop some ward retention for dmg for example). Good thing is there are no mandatory uniques. Think of this guide as more of an outline as opposed to hard and fast instructions.

Skills (in order of specialization)

Passive Tree
Mage: split points between scholar and intelligence nodes. Last 6 go into ward retention to unlock sorceror. After spending ~55 points in mage, you can come back for crit chance/crit multi here.

Sorceror: Grab all intelligence, crit, and cast speed on the tree. For me, final points are going into lightning dmg/shock chance and shock effectiveness. Spell damage can be used, but the damage difference is minimal compared to int (10 points in int passive is 40%, 10 points in spell dmg is 70%, given you have ~600% increased dmg at least, that’s like a 4% difference in total DPS for 40 ward retention). 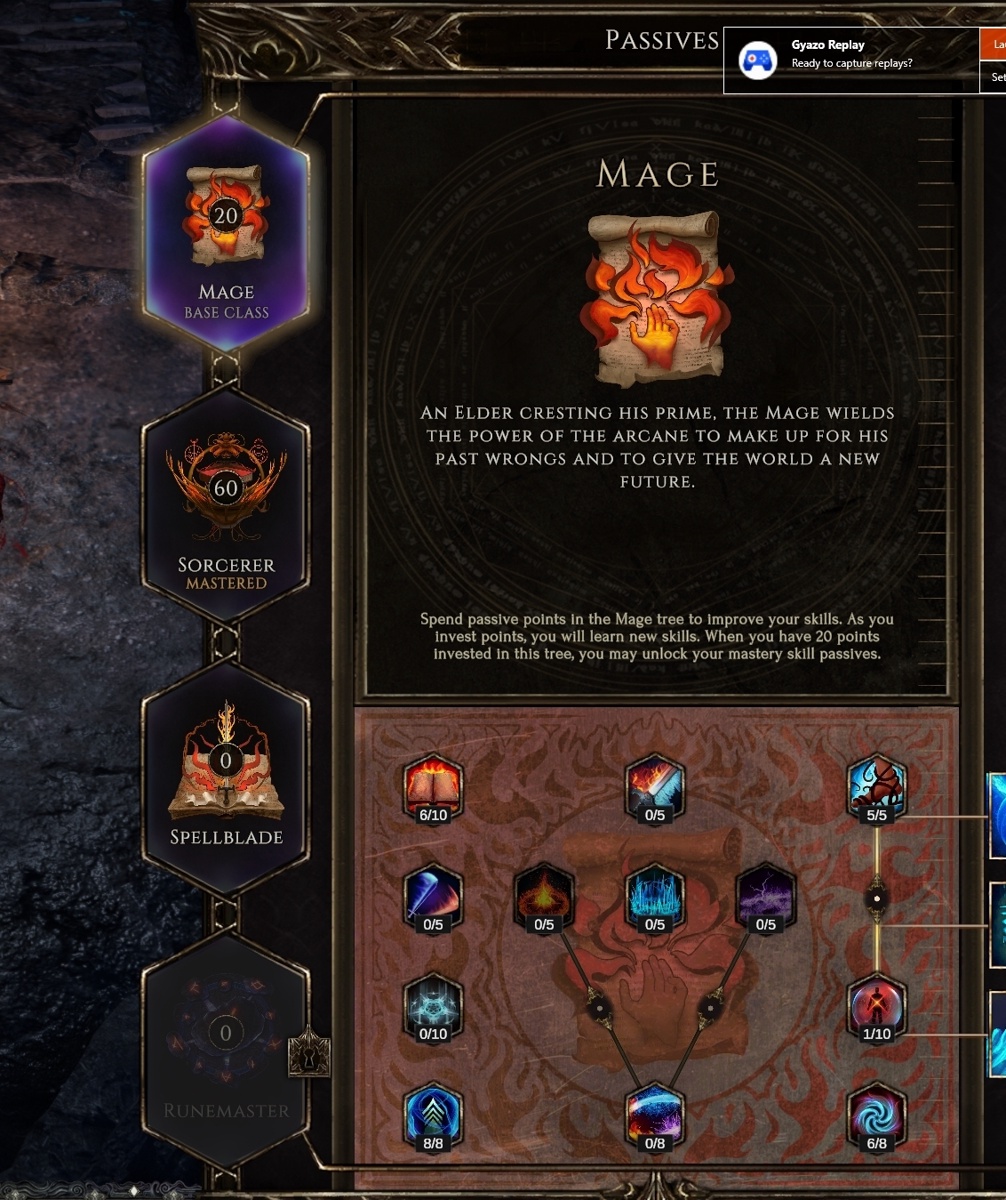 Items
I’m not going to list specific items, but instead important affixes. As previously mentioned, there are no mandatory uniques to make this work, although there are some good options.

Personally, I’d advise using wand + crit chance catalyst. Staff is viable for SC (giving up in the int in HC isn’t a good idea). Brass Amulet and Noble Gloves are excellent for cast speed make sure to go for high rolls on both bases. Jewelled circlet should always be used (mana roll more important than spell damage usually, and 30+ mana, 20+ spell damage is a good base). I like Silver, Copper, or Jade rings for MS, stun or dodge. Sapphire is decent too if you need to hit 200/300 mana breakpoints.

Rough stats to aim for
Rather than post specific items, here are my recommendations on stats to aim for ~lvl 80. These are rough stats, of course more is generally better, as long as you aren’t sacrificing other stats.

Idol affixes
Here are some of the best idol affixes to look for, roughly ranked from best to worst. I would generally recommend avoiding “when hit” passives because ideally you won’t be hit much when playing this build (36% speed reduction from 3 chill stacks, and another 60% from slow on arcane ascendance).

Useful Uniques
List of some usable uniques, none are mandatory. These are ones I’d consider using in the end game. There are plenty of useful leveling uniques (e.g. isadora’s) that I won’t mention here.

Gameplay
Spam or autocast flame ward to always generate ward. Use arcane ascendance frequently, with either 4 or 8 casts, it won’t take too much mana, and generates very respectable ward. As with most sorcs, try to stay outside of melee range. Doubly important when lightning blast is up for the mana on kill. Spam lightning blast at everything, teleporting away from danger. Try to keep the teleport ward buff up at all times (just need 1 cast every 7 seconds, aka 2 CD durations). Keep in mind teleport uses up an arcane ascendance charge but can be used to reposition while keeping the buff up.

Reserved I guess, didn’t realize how much I like to type

Feel free to leave and suggestions/edits. This is definitely a rough guide, plenty of optimization possible

Thanks for the great write-up, I definitely learned a lot from this. Build looks cool! Wish I had an Exsanguinous, but gonna give the build a shot regardles

This is off topic now, but: How do you get a custom avatar picture? I can only choose the LE presets.

I leveled to 75 in ssf without exsang, no issues at all. I switched over when I found it because I already had the potion to ward conversion setup, but otherwise it’s pretty average without either that or set health jewelry and 1k+ life.