What wand is better?

For a meteor build? 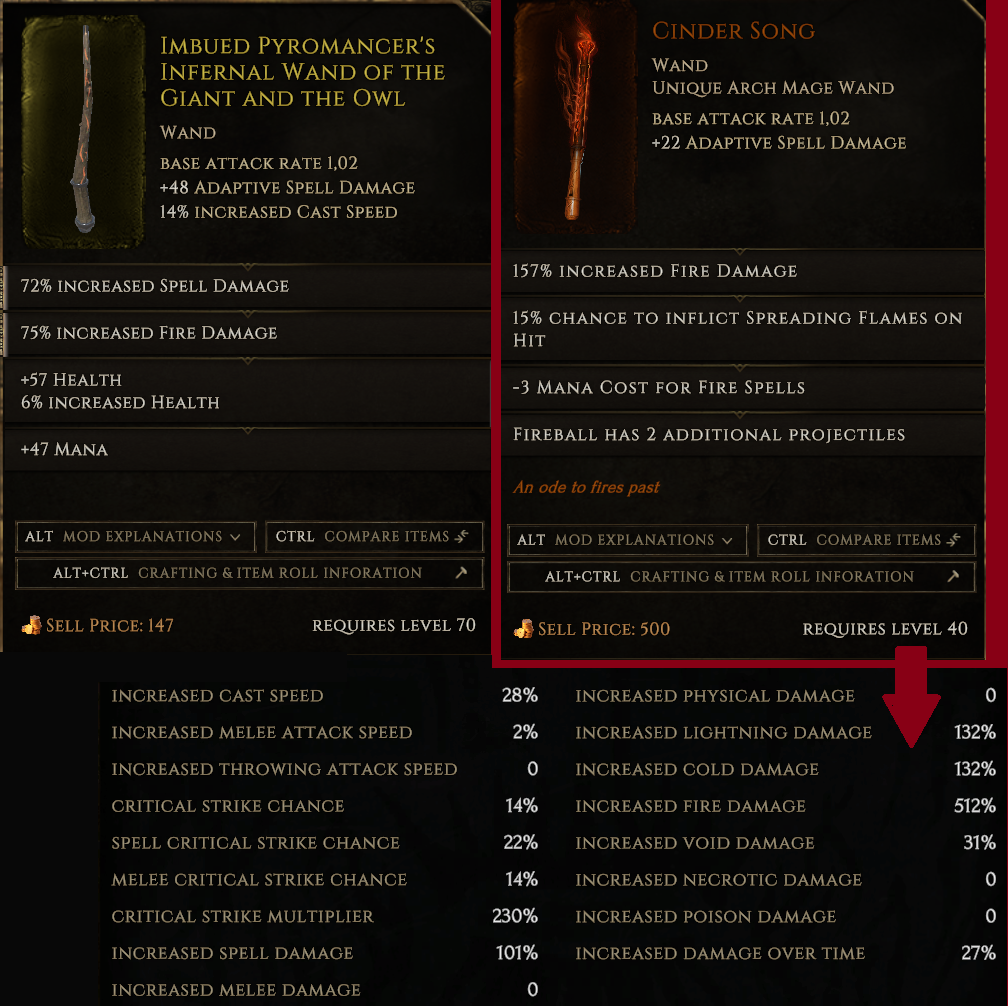 The rare, much higher adaptive spell damage, comparable “% increased” & some health and mana added as well. If you were using Fireball, the unique might be more useful due to the added projectiles.

The unique does not do much for meteor.

I think there is currently no good unique weapon/off-hand for meteor. You will most likely keep using rares atm.

Thanks guys, I would like to take advantage of the thread for a new comparison to improve knowledge about adaptative damage, spell damage, increased elemental damage and increase damage.

I think the 62 adaptative wand is better in terms of damage, right? 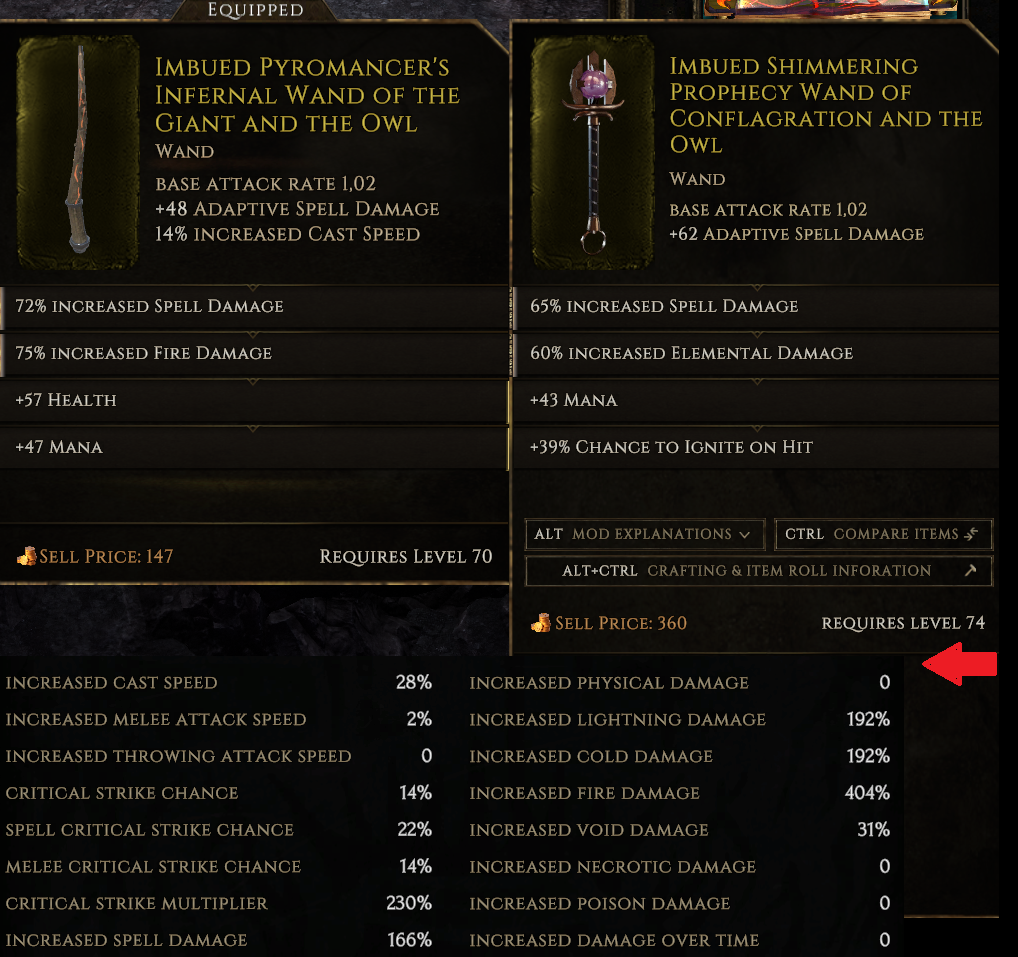 That one’s a bit harder to say & depends on what spell you’re using. The prophecy wand has 29% more adaptive spell damage, but the infernal wand has an additional 14% increased cast speed & 22% “more” increased damage modifiers.

All else being equal, the prophecy wand is probably better assuming the real benefit you get from the increase cast speed & the other damage modifiers is less than 29%, but the “added damage effectiveness” of the skill you’re using will play a very big roll in the comparison.

For example, if you were using Meteor (500% added damage effectiveness, so every +1 added damage from the wand is giving you +5 added damage before the various % modifiers get involved), that +16 higher adaptive damage would translate to +80 damage to be used by the damage formula. But if you’re getting lots of +base damage from passives, that would dilute the benefit of the higher added damage effecitveness on the prophecy wand.

Then you need to do the same kind of maths for the increased cast speed implicit.

TLDR - depends on the skills you’re using & their added damage effectiveness, how much “increased” damage & flat added damage from passives & skill nodes you already have, but probably the prophecy wand.