Hi all, Amarathy here and I’m back with another build. Introducing the Void Sorc, possibly one of the strongest builds this patch with damage that can rip end bosses to shreds in under 10 seconds and decently tanky as well. The best part is that you become the sun! 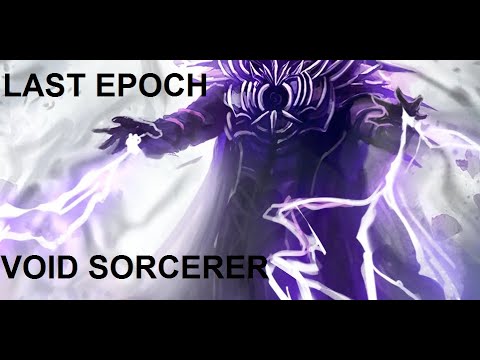 nice build ideia, but i think the gear planner is wrong.

Thanks for that pick up! i’ll edit it in now

You beat me to it

neat, i didn’t realize things like flat void damage applied to spells with no void damage. do you use the rings mainly for the ward gain? i guess since the fire aura does most of the damage and can’t crit the multi reduction doesn’t matter much?

Yep, it’s a good build to illustrate how damage is calculated in this game and some of the potential. Every kind of +spell damage is added to all spells, and increased according to their respected modifiers.

Rings are for the ward gain, you can see how big I build my shields at the start vs the dummy and boss. The Crit multi reduction is bit of a drawback but considering much damage this build does it’s a non-issue, so I prefer to cover the defensive aspects. You can totally drop them if you prefer to run a protections/dodge/leech set up. Also Fire Aura definitely takes over at very high stack levels (200+) but LB is still trucking for over 40k per crit on the dummy and is the bread and butter of your damage.

Cool i guess i didn’t find the sword yet but as soon i put a hand on this i’ll convert boardman21 build into the void! ( eh get it ? ^^) not oblivion no worry

Crazy… trying this now, thanks!

what skills would you use to level up?

All of those skills are good for leveling. Lightning Blast with chaining/Elemental Nova takes care of AOE situations, then when you start facing harder bosses you can convert LB to chain on one target (and/or make it channeled – though it gets mana hungry) and continue to Elemental Nova for AOE.

It’s lvl 76, so any areas at or above that, or the base will appear for gambling when you reach that level.

@Dyne:
Which build did u convert and how did it go?
Also did u have the Armor+Sword before you changed or at which point did u change?

where to find the boss to get the body armor ?

it doesnt tell where is the boss from .

Void Shade of Rahyeh is the final boss of The Black Sun monolith of fate island. Both the level 68 and 100 version have a 14% chance to drop this item

A close version of @FoE#2419 s sorcerer build that can beat all the bosses. [Channel Lightning Blast Build That Can Beat All MoF Content 0.7.9c Last Epoch]

By convert i mean respec some passive skill and recraft gear
Edit: I don’t have the sword yet

nice guide, im new player so what modifers on items to chase in the early game before i get access to those uniques? tnx