1 Create a mirror image by teleport skill. (such as UNEXPECTED COPY
2 Cast fire shield to the mirror (by PROTECTOR)
3 Fire shield’s new visual effect that casted on mirror could not see by location 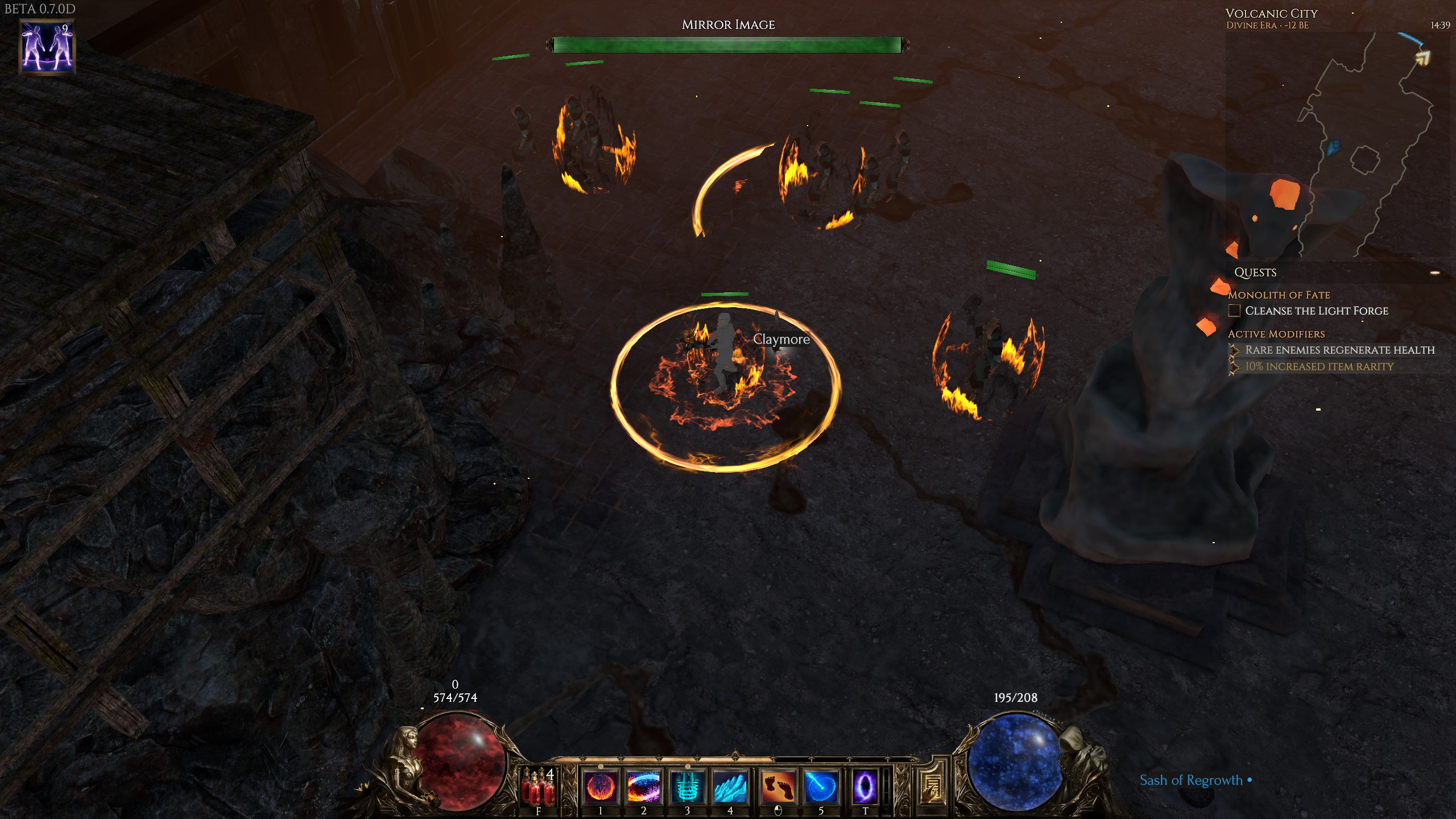 Can you tell me about mirror stats? duration? In ur image we see fire shield decoy but do he react same as ours shield reflect fireball?

Yes it is just Visual effect bug, so fire shield on mirror is same as our’s.

Does this happen in all areas or just here? It’s possible that the effect is clipping through the floor.

It seem happen all area.

Maybe, the FS effect on mirror (Or created mirror body?) is in slightly under positions compared with player’s one. 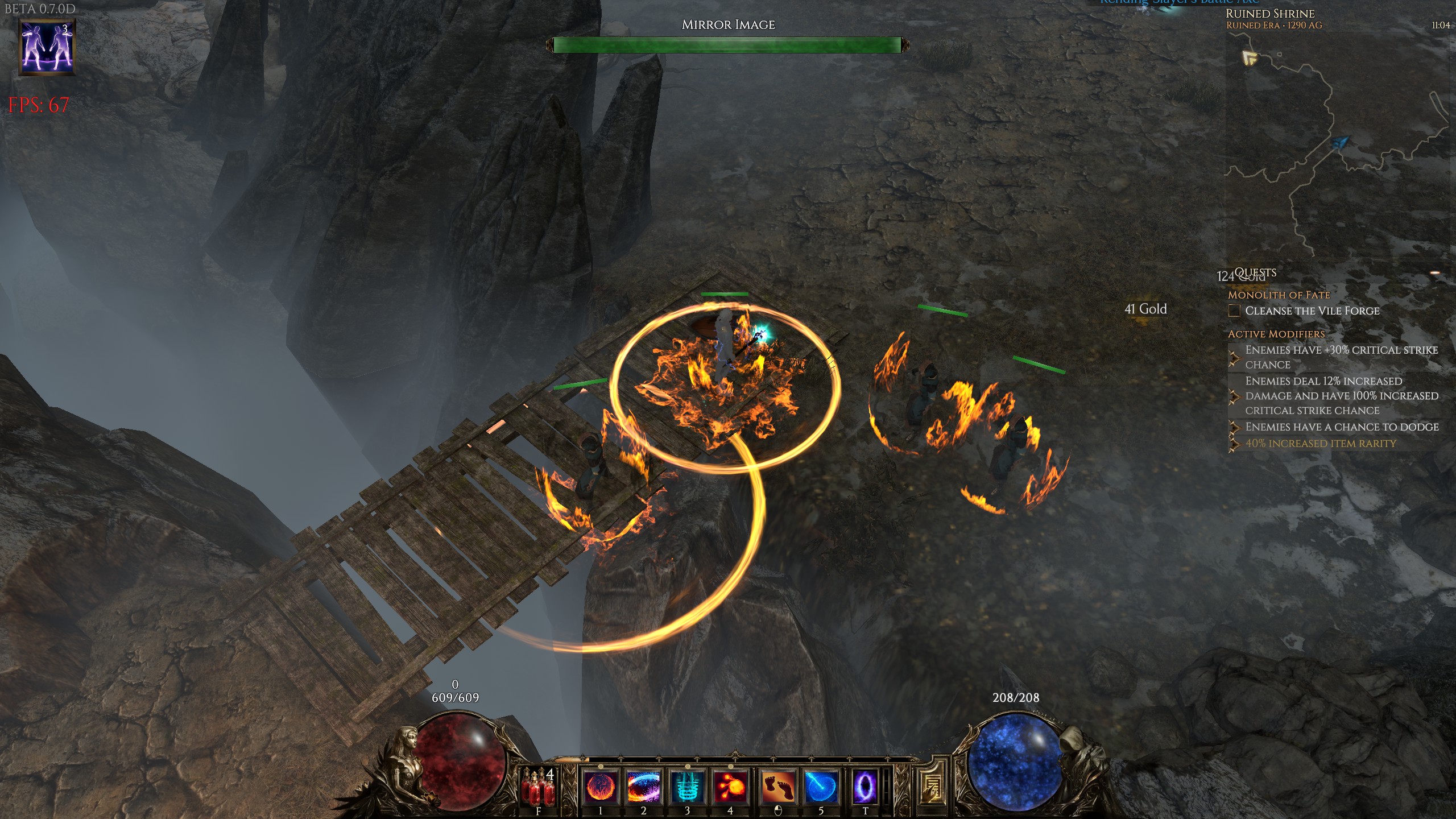