Currently the quest market appears outside the map and cannot be reached. This persisted after a restart.

Could you provide a screenshot? We were able to complete the quest during testing, but maybe the arrow is just pointing at the wrong location. Thanks! 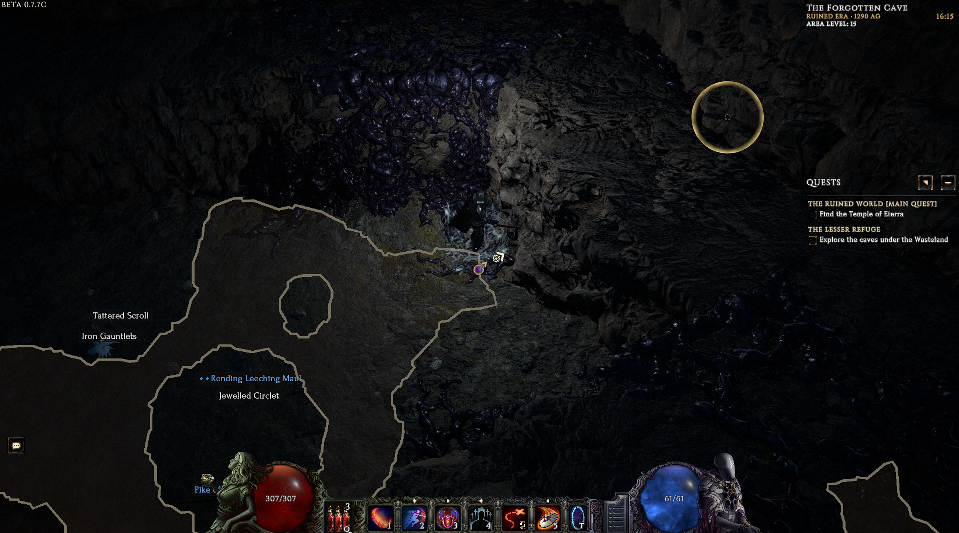 Howdy! Tracked down the issue, it appears that the zone you are in “The Forgotten Cave” still has an old quest marker from when it was part of the sidezone chain associated with that quest before we shuffled things around a little. To complete the quest, branching off of “The Forsaken Trail” is a sidezone called “The Wasteland”, connected to it is “The Abandoned Tunnel” and that is connected to “The Lost Refuge” where the quest is completed.

Thank you for finding that misplaced marker, it’s getting removed on our end as we speak!