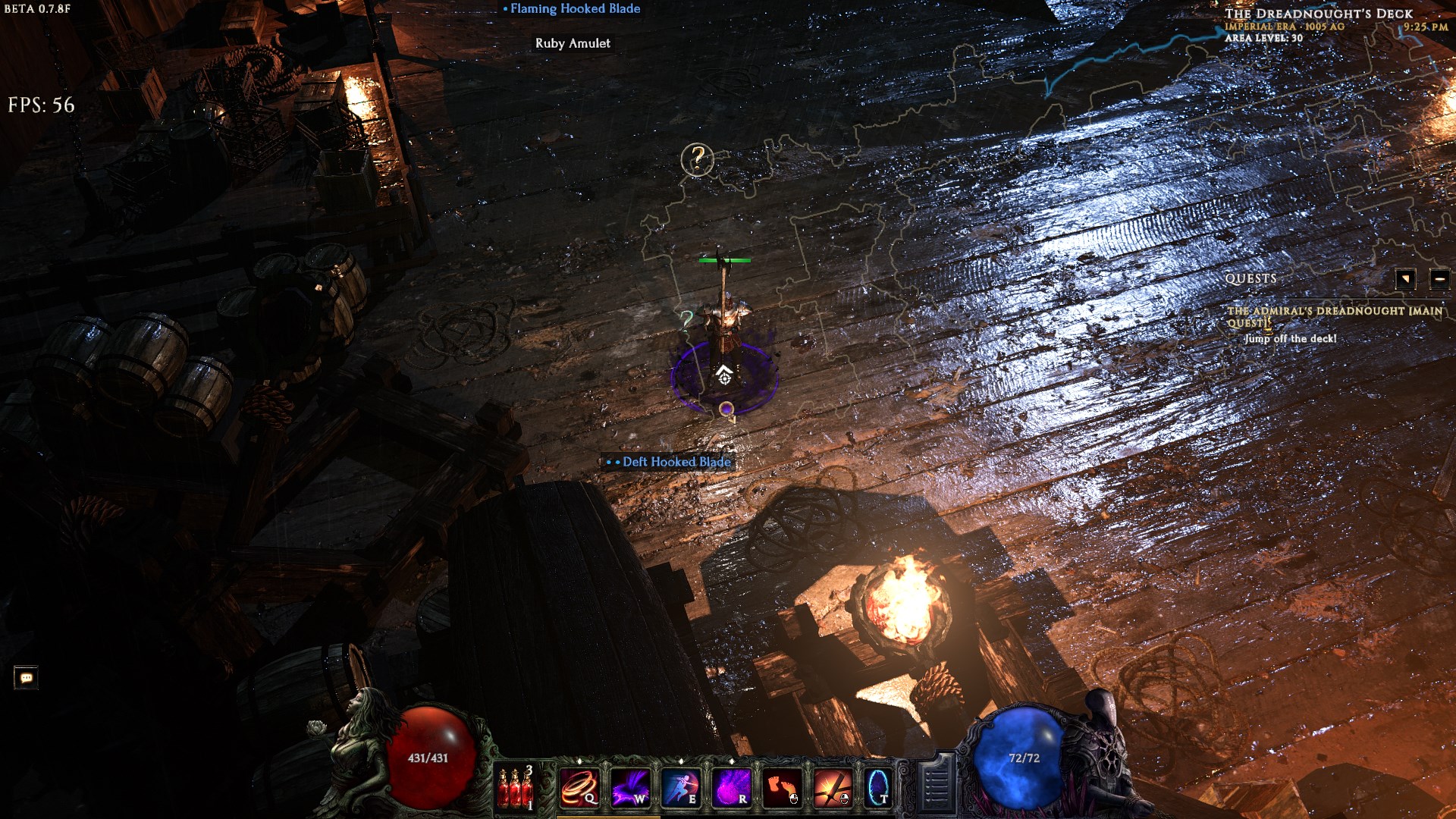 This place is god awful on my graphics. I’m lucky to get around 55 or so FPS, it frequently drops less. I’m using Ultra settings with a 980 TI card.

Also, the overhead light that shines down and reflects off the deck is way too strong. Most of the time it was blinding. It also showcases the aliasing on the deck boards, the crawling is pretty bad. (Despite trying all anti-aliasing settings, there’s still really bad aliasing in the game in general, but that’s a separate issue.)

Performance and appearance of this zone can be vastly improved and as I already suggested, either turn down the brightness of that overhead light or remove it.