Recently my friend faced with the following strange behaviour when conquer Monolith of Fate.

He started to consistently conquer the Monolith from the 1st Echo and after 21st Echo he got quest Echo: 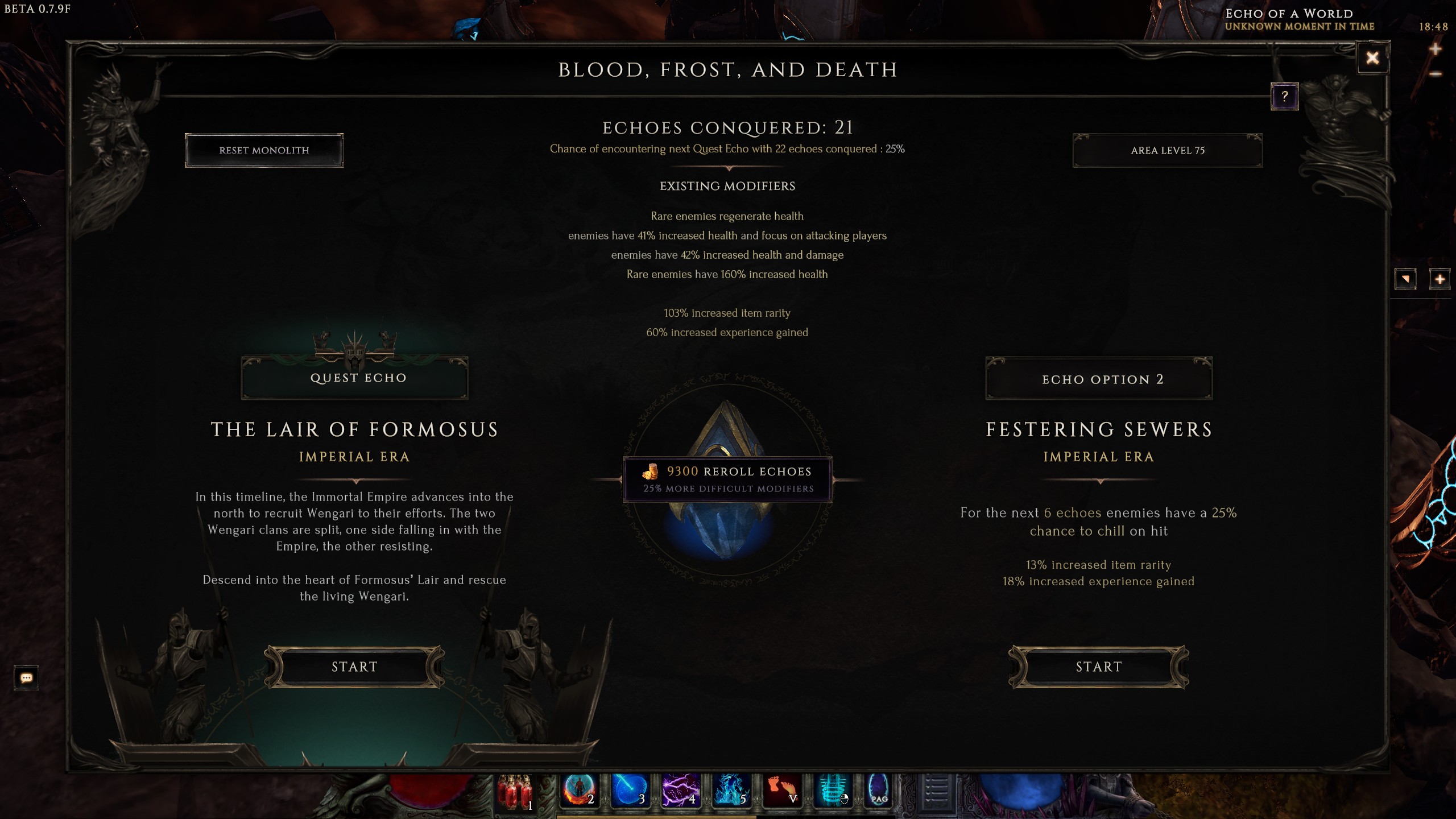 When killing final boss in MoF, there are 3 possible options:

In the first two options you will get to the starting location and if you go to the same MoF again, you will start from the 1st Echo.

But the last one has different behavior. 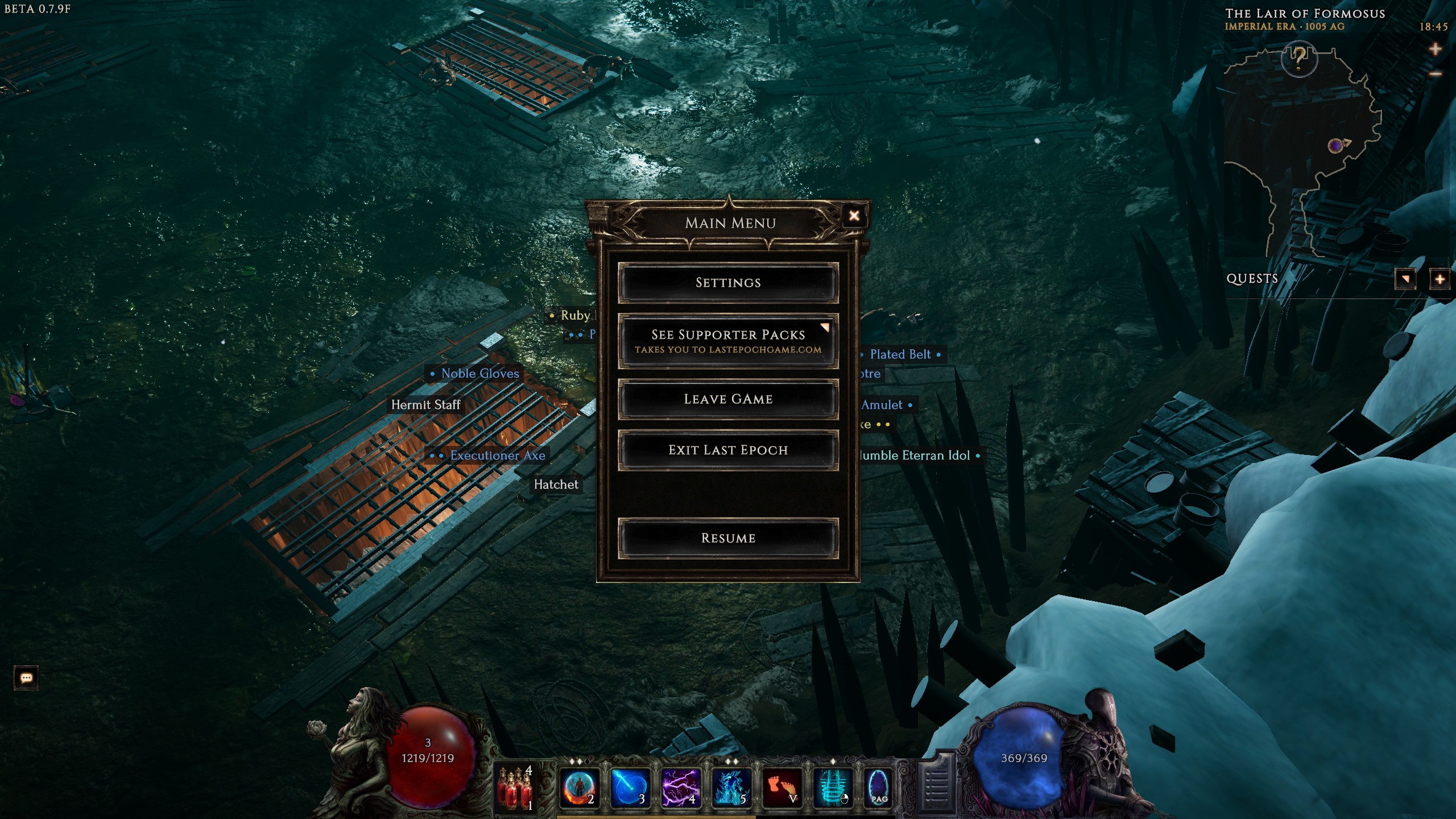 After he exited to game menu and loaded the game for the same character he saw the following inscription on the screen pointing to not passed MoF and reduced Echoes counter: 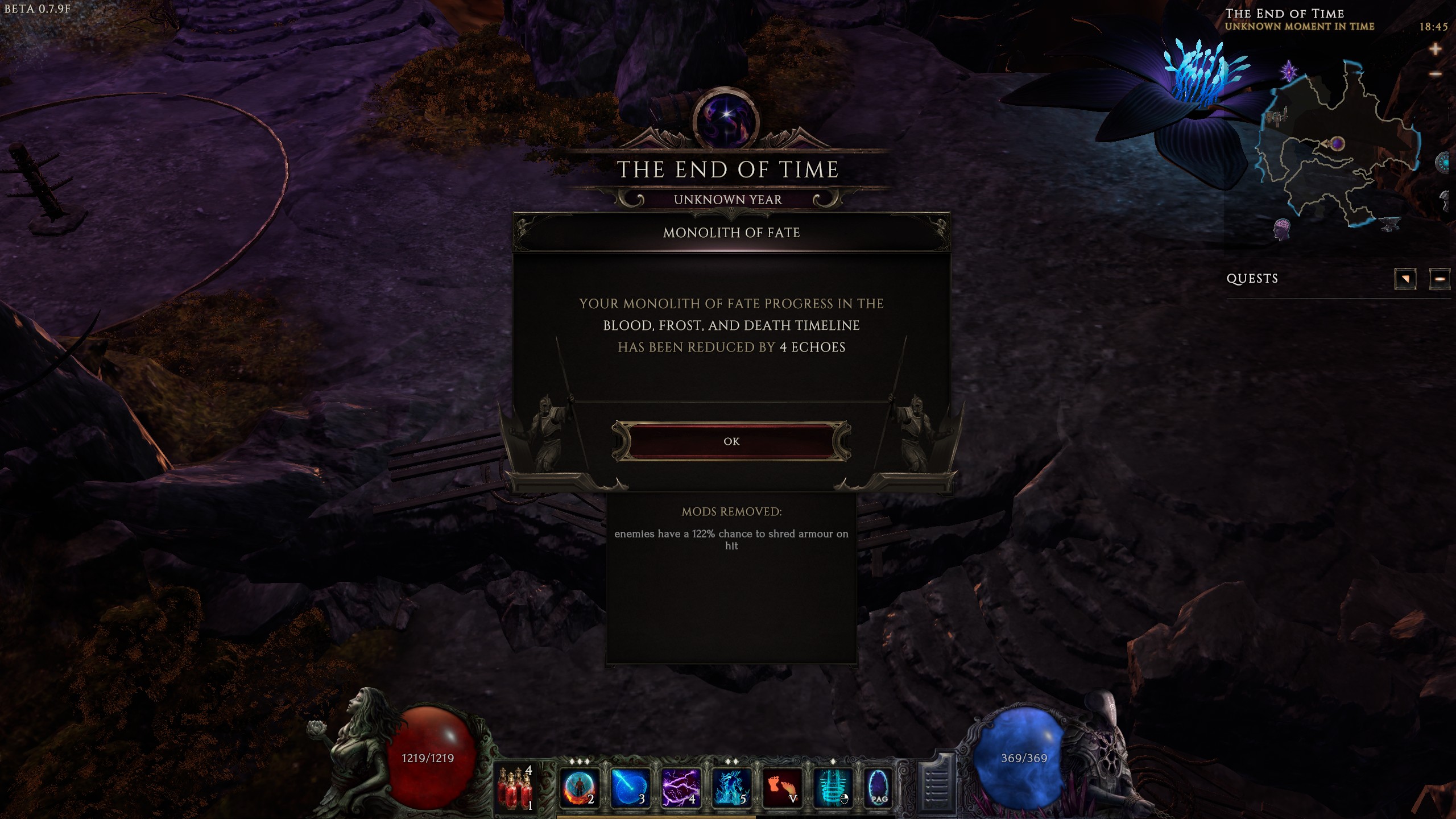 Once he tried to conquer the same Monolith again the game granted the quest to kill the boss in 18th Echo: 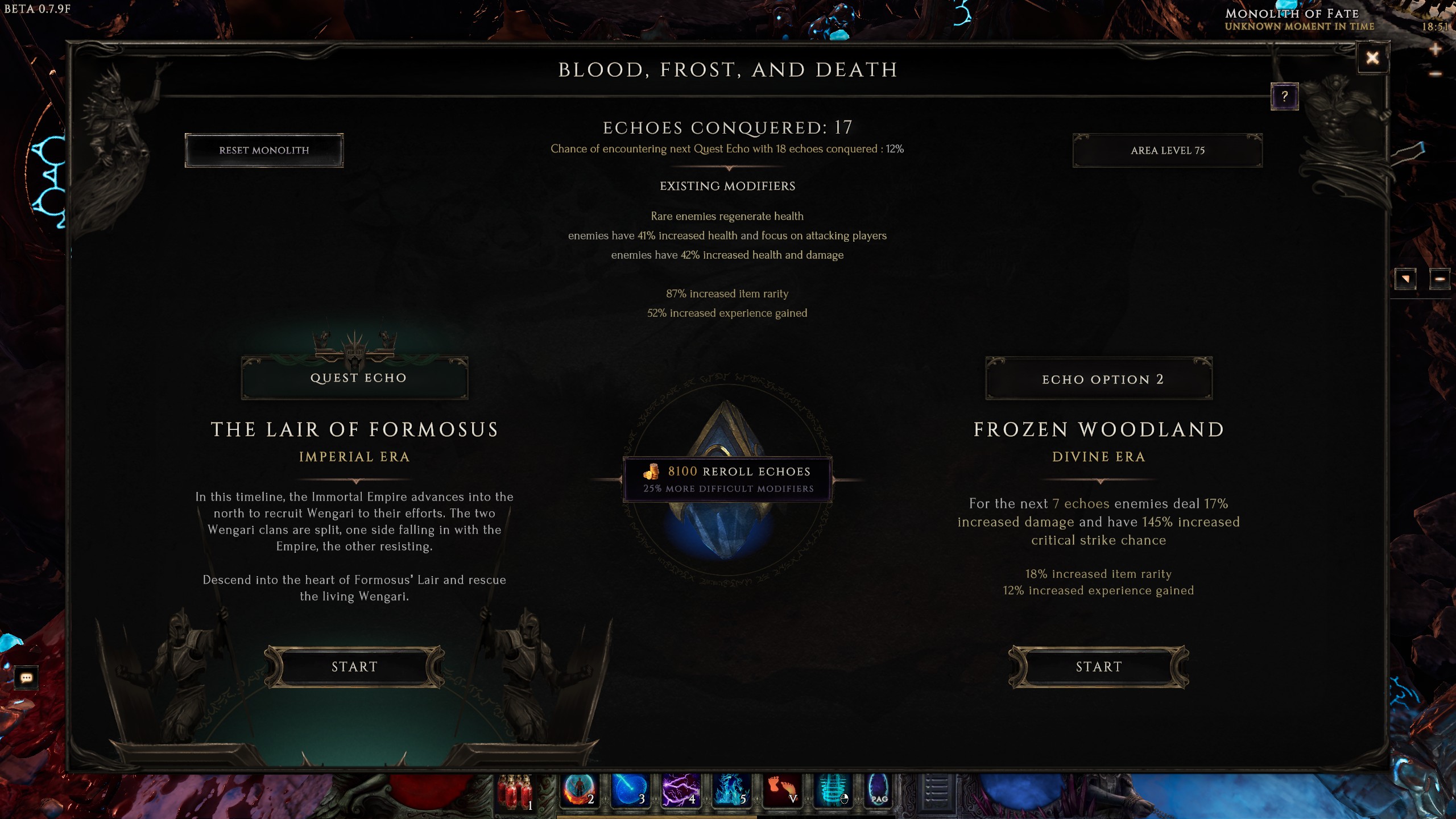 If you exit to main menu and load the game for the same character one more time the Echoes counter will be reduced again and you will be able to meet the boss after several Echoes concured.

I’m not sure that’s a bug. When your friend did the original timeline at lvl 25 and got kicked down to lvl 18 he still had a chance to spawn the quest echo at lvl 18, so that doesn’t seem like a bug.

Unfortunately I can’t yet check it with my current build, but if my understanding is correct the situation is as follows - if you use portals after the final Monolith boss battle you will start this Monolith again from the 1st Echo. If you exit to main menu your progress won’t be reset to the beginning and you potentially can use it to abuse final boss farming.

And on the other hand it looks weird that in 3rd case after conquering the Monolith you start from the tail of echoes chain, not from the beginning as in first two cases.

This behavior is not found on all MoF bosses. I checked on Rahyeh. After killing the boss i press Esc and go to game menu. After re-entering the game, i was knocked back by 1st echo

Could it be that this behaviour is found only for all MoF where you have not only to defeat the boss but also there is quest marker, see mini map on the 2nd screenshot.

Below you can find the video showing possible MoF boss abuse farm issue: