What you need to ask yourself is, how many balls do you want? And how purple do you want them?

If the answer to those questions is “all of them” & “so far into the ultra violet you’d need sheet metal for sunscreen”, then you’ve come to the right guide…

This is similar to @ZaeN’s build here but it’s more of a pure caster, probably less tanky & doesn’t have any 15% melee cull. Instead, we make up for it with EVEN MOAR BALLS!

I pretty like to try VK class. What is best affix to get if I play with Blade of the Forgotten Knight and shield? Should I take shield or catalyst? Should I use the shield with the same set with the sword?

Depends whether you want to go dps (catalyst, with a crit chance implicit) or not (shield), though the Forgotten Knight shield is more dps than a crafted shield.

I ended up speccing there more than a couple times in each patch but never did a serious caster attempt,
What is your experience with mana management, and have you tried/compared going further down to the bottom right branch?

whoa was it fixed this patch? Didnt notice and that’s great news

Mana isn’t much of an issue unless you’re Shield Rush-ing lots. Since I didn’t take the Dark Moon node it only costs 8 mana per Devouring Orb & with the cooldown being above 1s that is inherrently mana-positive (since you regen 10 mana per second).

I’ve not tried any of Cataclysm, Fleeting Orb or Dust Master since the cost is low even without them. Dust Channeller might be interesting to see how low you can get the cooldown.

You could definitely get it down below 1s that way. Especially with cooldown on the helm (& Swiftrest from Anomaly).

Taking Time Lock on Anomaly adds a mana cost of 20, but that’s easily covered by casting Smite a few times.

Edit: Once I’ve killed Lagon I’ll give Dust Channeller a go (& then see whether it’s worth it for the amount of Abyssal Orbs per sec).

please be true… this alone makes me want to dust off my VK and get him to 100, just 5 levels to go.

It is true, which is nice.

I noticed something a bit odd while crafting my new Oracle staff. I put a t1 ignite chance suffix on it & while seeing what it would do on the training dummy I saw this: 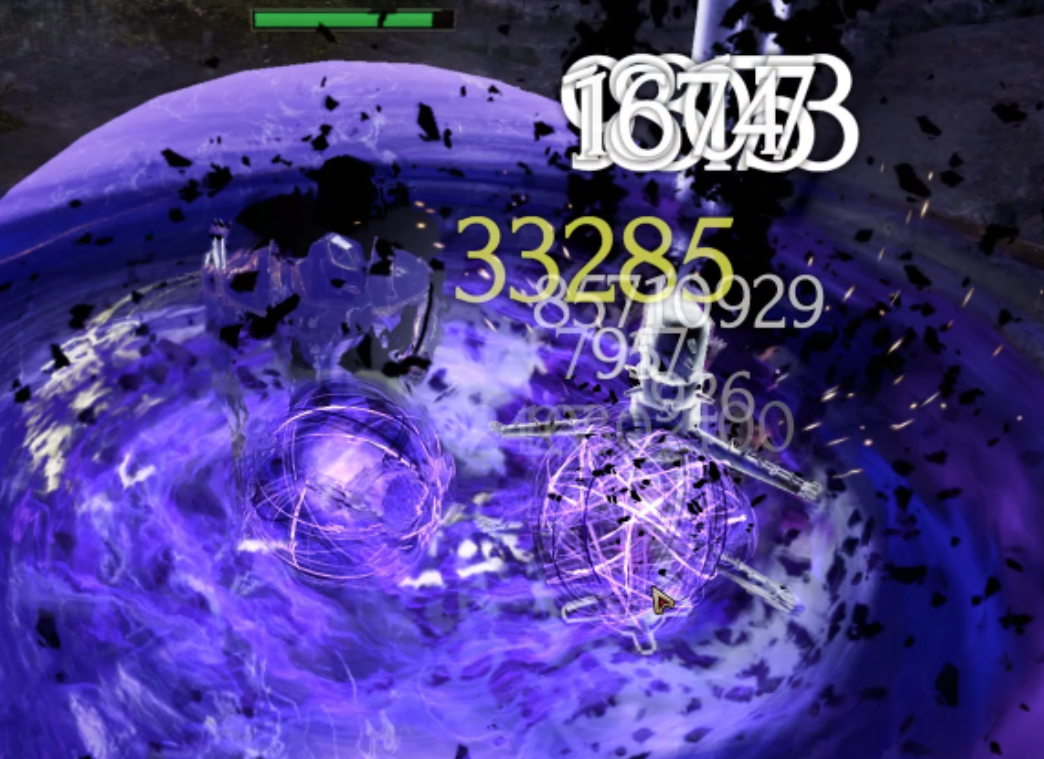 My Smite seems to crit for anywhere up to ~10k, so I’m not sure what could be causing that 33k. LE does sum up many small hits together into a single bigger number for display purposes, but it can’t be the Fissure damage (~190 damage per stack of Fissure) since that would require 173 stacks of Fissure & you can only get at max 6 stacks.

It could potentially have been a Smite crit if the 30% increased damage taken from Volatile Reversal’s Harbinger of Dust node stacks & that would only require 11 “stacks” of the effect, but Volatile Reversal has a cooldown (for me) of 2.5s & the node has a duration of 4s so that’s only 2 stacks at best.

Void Rift from Devouring Orb is only doing ~700-1k damage per hit, Future Strikes is doing ~400.

So I could basically replace the staff with Forgotten Knight set and the build doesn’t change anything right? About the damage comparison between staff and the unique set, which is better for average roll? 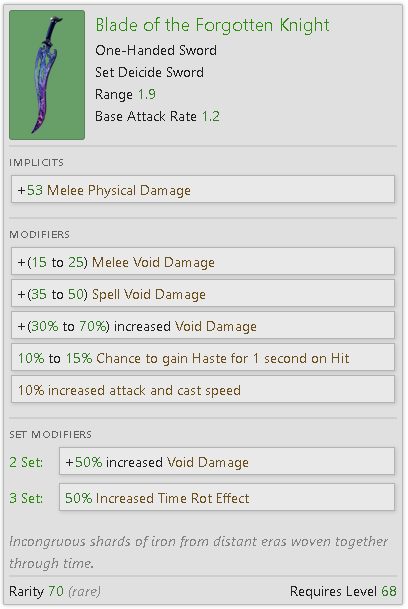 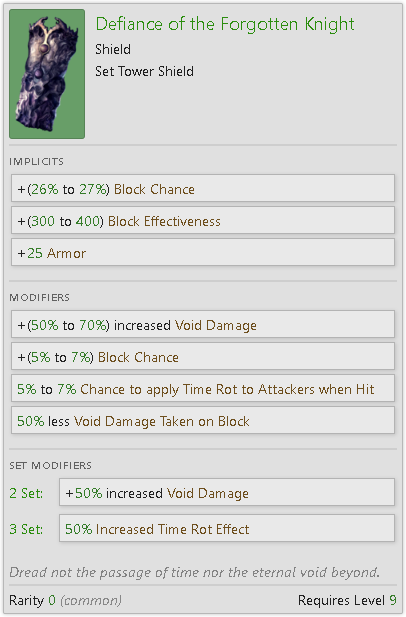 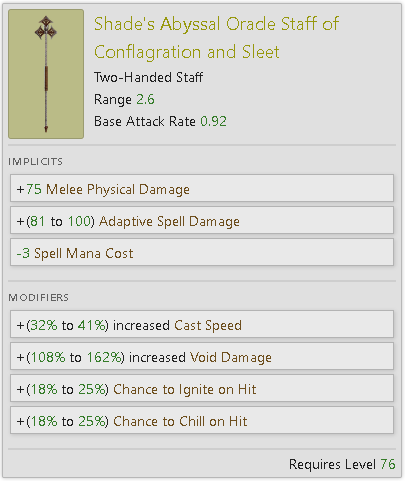 A staff will always be higher dps since not only can it roll much higher stats, because we only need 2 prefixes on it (cast speed & % void damage), it’s really easy to get t5 rolls, on top of being able to gamble for a high adaptive spell damage staff. Then you can put a t1 chill chance on it & an ignite chance if you wish.

Thanks. I got all 3 of this set and kinda want to try to use it. But the number for the staff is better so maybe I might follow your build with staff.

Give it a try on the dummy. Smite has added damage effectiveness at 150% but the others don’t mention it so that’ll default to 100%.

Yeah because these pieces won’t affect any other gear so might switch out to see which feel more fun though.

ye gods man, get darkreader extension for the sake of your eyes and everyone who has to look at your screengrabs

all joking aside, this looks like an interesting take on the class… might give it a spin once i’ve finished having my spellblade fun.

No, because despite being a soul-less husk of an accountant I’m not a vampire & I can cope with the light. Even if I do need sunscreen to go outside in winter.

That’s a lot of purple !
I’am too lazy to build another character, but I’ve been toying with the idea of a caster build for Paladin last patch, and that was quite similar.
Gotta admit the VK visual effects are really cool.