Now that they fixed Smite’s ability to proc ailments, I’ve moved to a totally different build that manually casts Smite for decent single target damage (to the mobs, not your FPS). So far I’ve got up to the second quest echo of the Ending the Storm monolith quest and apart from 2 deaths (entirely my own fault), is entirely deathless!

It’s not as tanky as my other build, doesn’t clear quite as well, but has much better single target dps. It also has very good range can offscreen stuff easily and deals with packs decently well. 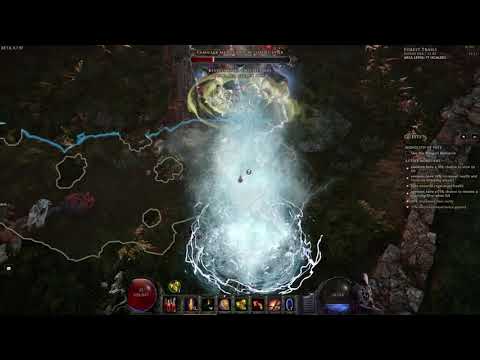 Thanks for the build and the analysis, hope my little paladin becomes better now