Incorrect number of skeletons on buff bar (Can replicate) 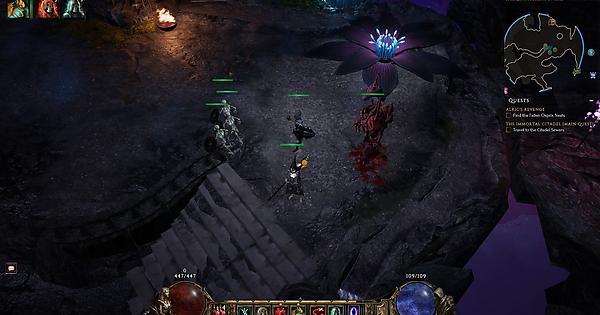 The golem just messes with the buffbar permanently until eventually it freezes and does not update no matter what you re summon. In this example just zoned to a new zone and no minions yet still shows old count. 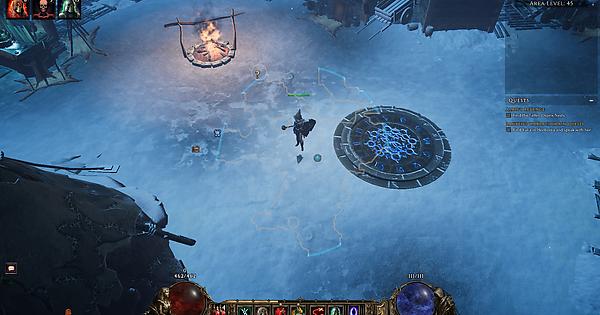 Is this issue happening consistently if you summon the Bone Golem before the other skeletons, or only sometimes? Has it happened if the Bone Golem isn’t summoned first?

I have deleted that character since the Skeleton mage with the cast sacrifice passive its there own minion specific ability that doesnt scale with our sacrifice tree and sadly it was just too weak.

But I am not sure the problem was the golem after thinking more about, should had tested more. The problem i think was certain specific Skeleton passive nodes but let me explain the idea of the build first so maybe you can recreate better.

The idea of the build was to self cast skeleton warriors(3 at a time, with a chance they can revive too) and have my Skeleton mages sacrifice them(at first i though they were using my sacrifice tree but it doesnt work), also have a tanky Bone golem with increased life/threat and the node that cast rip blood(also doesnt use our rip blood tree).

Having 3 skeleton mages constantly and efficiently sacrifice as much skeleton warriors as you can cast provided me alot of ward and gave back mana (with one of the skeleton warrior passives) but i think either the one that makes it cast 3 warriors or the one that have a chance to revive them makes the summon count bugged after a while. 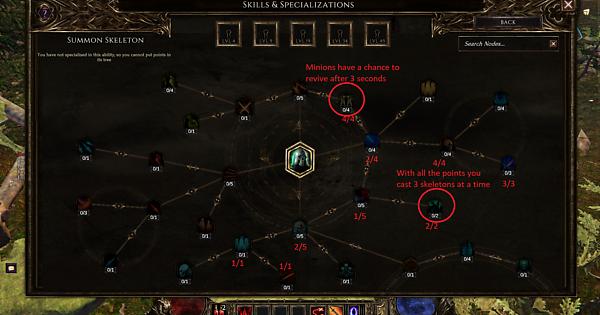 I spent some time testing with the Summon Skeleton tree you posted, plus having Mages sacrifice and a Bone Golem up, but I wasn’t able to reproduce the issue. Unfortunately there’s just too many variables, so I can’t really put more time into it right now.

If anyone else encounters this issue, please post all your skill trees and passives. Thanks!