Hi all, I’ve been having a blast with this game and would like to thank EH for creating such an engaging and fun ARPG, I think it has the potential to be the best on the market. I’ve been playing a flame reaver ignite build on my Spellblade and loving the visuals of setting the world on fire with the damage to match. The build uses the crazy interactions of Flame Reave and Fireball to create huge ignites then Enchant Weapon’s Conflagrate to destroy large enemies. I was really struggling to generate enough defensive capability with the build though, especially after 0.7.8’s nerf to Ward. Enter Ring of the Third Eye, a ring which gives a 30% chance on crit to grant 15 Ward. Alongside the mage’s normal ward gain means this is just enough ward to make you viable in the end game. Currently I’ve got to wave 112 and wasn’t having any damage issues before getting slapped by fireboi so it’s definitely viable for high arena and MoF! Obviously, it is not as strong as the Shatterstrike build but I think it’s a very fun alternative and could definitely climb high with some iteration.

I’ve built this on my Spellblade but I’m confident that the Sorc version is viable with even higher damage, but with less ward generation. Sorcerer gearing would favour less crit on gear and more on int or other defensive affix’s (dodge, HP, prot etc).

Apologies on the wall of text, couldn’t work out the spoiler codes. If anyone could let me know I’d like to clean it up

[details=“This is always shown.”]
This is only shown when the above text is clicked on.
[/details]

Thank you for sharing 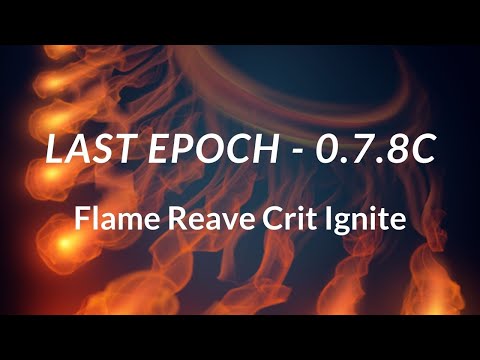 Just as 0.7.8D comes out, with some nerfs to the siege golem and a fix to the crit multi on eye of reen!

Is the Sorcerer or Spellblade version better? Not sure which one to pick (if there is even much of a difference)

Damage wise will be sorc, defensively spellblade for the ward on kill. Not much of a difference, and I would go with whatever spec you like the look of and want to try out other skills with!

defensively spellblade for the ward on kill.

And ward on mana cost for melee skills.